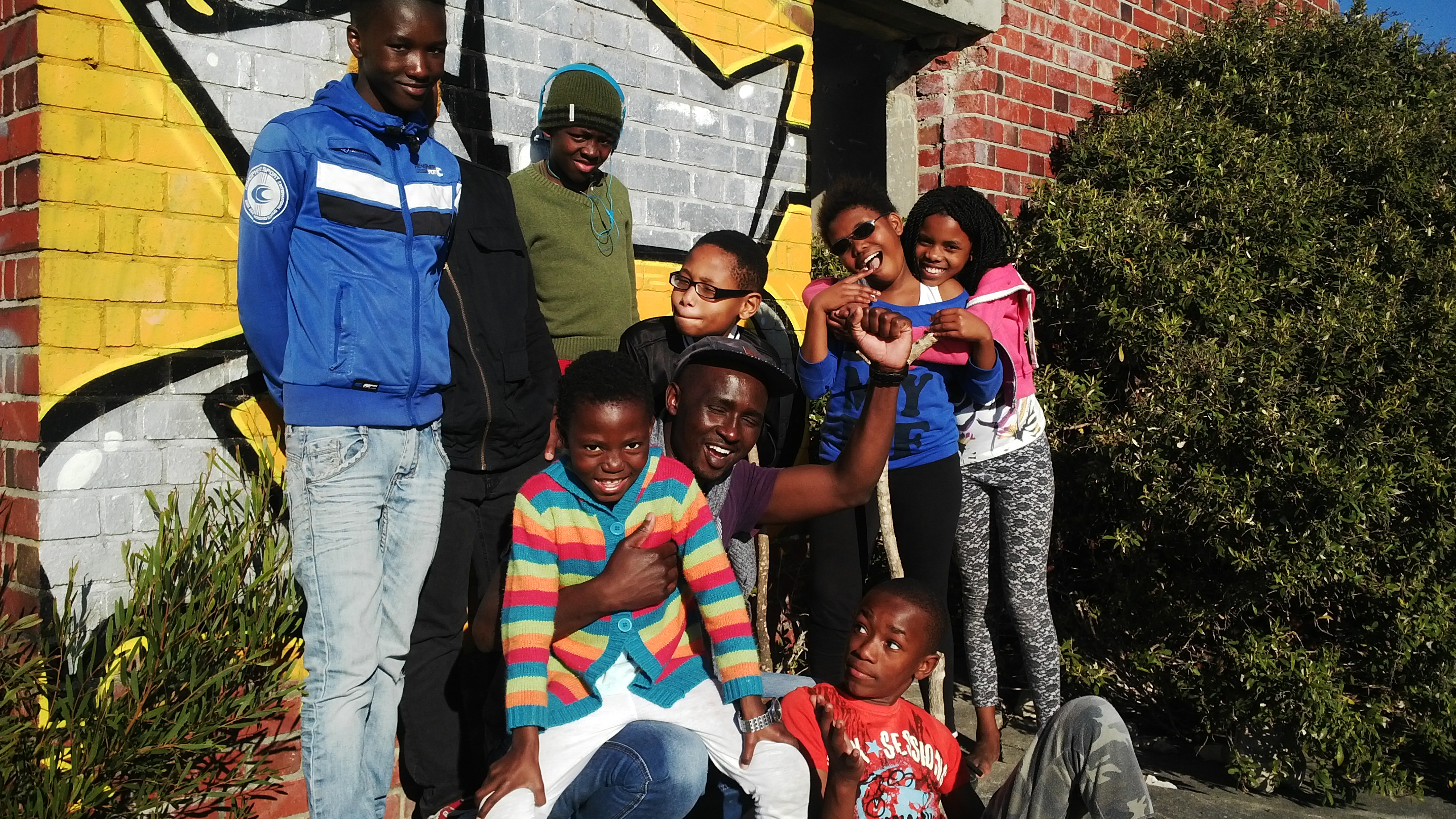 The International Movement ATD Fourth World is a non-governmental organization with no religious or political affiliation which engages with individuals and institutions to find solutions to eradicate extreme poverty. Working in partnership with people in poverty, ATD Fourth World’s human rights-based approach focuses on supporting families and individuals through its grass-roots presence and involvement in disadvantaged communities, in both urban and rural areas, creating public awareness of extreme poverty and influencing policies to address it.

In Senegal and in other countries where ATD Fourth World is present, the Street Learning programme has its roots in the ambitions the most disadvantaged parents hold for their children. Highlighting the children’s capacity to learn, to express themselves and to develop their creativity, the programme also seeks to encourage and validate parents’ own efforts to teach their children and stimulate their development.

Guinaw Rails is one of many Dakar suburbs where residents are unfairly subject to prejudice and discrimination. Poverty is rife in Guinaw Rails. In spite of residents’ inventiveness in facing up so much hardship, including flooding during the rainy season that brings pollution and disease, they are harshly judged by the outside world for the conditions in which they live and the sometimes violent repercussions. In the streets that are the children’s natural meeting place, and in support of local educational provision, the Street Learning programme aims to combat the impact of the unhealthy and run down environment of Guinaw Rails, creating spaces where children and their parents can learn and thrive.

The key aspects of this programme are:

Times of coming together and sharing what each child and adult knows and wishes to bring to the programme. Creating spaces in the community where children can learn together and share their knowledge and dreams, and where beleaguered parents can, alongside with other parets, contribute their own skills and abilities in building their children’s future.

Promoting the unifying role of the child within the community, engaging parents through the universal desire to improve their children’s lives and prospects.

The children’s vision for their community is the driving force behind this album, as is the dream of engaging everyone within the community in realising this vision. Its pages include images, thoughts and drawings from the children involved in the Street Learning programme. In it, the children of Guinaw Rails speak candidly about their wish to live in a harmonious, attractive and supportive community. The album, the fruit of more than a year’s work with the children, provides an accurate and honest portrayal of their hopes and dreams and represents an invitation and an encouragement to parents and the community at large to come together around these hopes and dreams.

10 copies have already been sent to Hilfe für Afrika. 25 additional copies are circulating internationally within ATD Fourth World and will be shared with children in francophone countries where other street learning projects with children are taking place.

A further 10 copies will also be available to adults who were directly involved in this Street Learning  action in Senegal.

In the coming months, we are planning events to further disseminate the album and the process that has led to its production. These include:

Where we have already presented the album, people have commented principally on the quality and authenticity of work done by the children. Here are two of the many comments received:

A parent whose child was involved in the project:

“It’s beautiful. With this album, people will look at us and our children differently “.

A young resident of Guinaw Rails:

“This is excellent. It’s hard to believe that such thoughtful texts in the album have come from our children “.

Finally, the children’s dreams for their neighbourhood expressed in the album have already led to several significant activities:

On the basis of their work contained in the album, the children have painted two areas of the community with the help of parents and other residents.

A resident has begun a wood carving project with the children.

As agreed, a financial account together with original invoices will be sent to Hilfe für Afrika by the 31st July 2014. Once the presentation and sharing events of the album will be set up, the movement will send pictures and reactions of people to Hilfe für Afrika in order to be proud together of this album.

“In our country, we like singing. In the past, our ancestors used to sing when the moon was shining. Singing is an art of expressing our emotions. When we sing, we have that strength. After a difficult time, we sing. After working in the sun, we find shelter and we sing. Music and singing liberates us, and makes us forget the hardship in our lives.” Geoffroy Ngana.